A HISTORY OF MONTERO | ARAMBURU

It´s said that when a man thinks more about the past than he does about the future, he starts to get old. In keeping with this opinion, I would say that having to give an historic outline of the Montero|Aramburu practice, to focus my thoughts on memories of the past would mean I am getting old, albeit slowly. But this is not the case, because he who gives an account of something, does so not because he is uninterested in the future, but because an interpretation of any snippet from the past immediately occupies his thoughts, however recent, however important or significant. I am, of course, getting older, but because of the passage of time, not because I recount the history of an office founded in late 1971 by my partner – unfortunately now deceased – José Luis Montero Gómez (Salamanca, 1928) and myself, Armando Fernández-Arámburu León (Seville, 1926).

I must start by saying that the story of our office is the story of our own lives because, in hindsight, with a breadth of view and historical perspective, one could say that our even pre-dates its own founding (to reiterate, at the end of 1971). So, we could say that the period of time before the firm´s inception could be considered its “pre-history,” because the legal matters we dealt with as practising lawyers were exactly the same as those we had been handling for 18 years as Inspectors at the Administration del Estado (State Administration) –José Luis as a Certified Tax Inspector and I as a Commissioner of the Inland Revenue. That is how we both continued to work, as we had always done, the only change being the recipient of our services: the Tax Administration initially, followed by private clientele. In other words, the flip side of the legal-tax relationship. But, who could consider that earlier period unconnected and independent from the latter, being established practising lawyers?

From the outset, our firm has been defined by its affection and humanity in dealing with clients.

Indeed, before and after the leave of absence, we worked diligently in the pursuit of legal truth, which, in our case, resulted in tax justice. I never ordered or issued an inspection report without being certain the law was on my side. I could cite witnesses who would be able to attest to the many occasions when I delivered a written opinion to the company under inspection, containing the legal points upon which I had based my decision to act, having waited for the taxpayer’s response before taking action.
Our work in the next phase continued, essentially that of a serious and honourable nature, based on written reports. We knew that those reports circulated throughout the market, but we feared neither critiques nor underhanded competition, although the documents could have had errors of approach or discrepancies because legal truth is elusive, as is scientific or any other kind of truth.
Our approach often informed the tax behaviour of many clients. I remember there was an important businessman who left the office because he said that, in his meetings with the other businessmen of his guild, he was the only one paying taxes. We did not try to stop him because we were uninterested in that mentality.
As a rule, we always sought to show the same interest in high-profile clients as we did in our lower-income ones; to treat them all with the same respect, and to give as much importance to problems with a high monetary value as to the more financially-modest issues that were brought to us. I remember we once appealed an unjust fine of 2,000 pesetas for a client, unfazed that it was not a huge amount. We paid the fine and later won the appeal, though it was the client who received the 2,000 pesetas repaid by the Administration.
Since the beginning, our office has been characterised by the affection and humanity with which we treat our clients and that has often made it difficult to break with any party. This warm treatment, this personal interaction with the client, is still of the utmost importance and is the first thing we instil in the young professionals who join our firm. I remember one day I humorously replied, in rhyme, to a letter we received from a very elderly client (who has now, regretfully, passed away) who also acted impeccably in his dealings; a letter in which he very politely complained that our fees seemed high. Our dealings with him were so cordial, given the great respect we had for him, as perfectly evidenced by the fact that we responded to him in verse, a lark that he accepted with the class and dignity that defined him.
All of those who make up our office deserve special mention: the partners, lawyers and administrative staff, some of whom have been with us a long time and who, with their training, conduct and work ethic, have contributed to cementing the firm’s reputation.
As is the case with History, the story of a law firm is not the sum of the activities or events that mark out its profile. However, by delving into the evolution that has occurred from the outset, we must highlight a milestone that could be considered historic. For us, it was around 1992, when we came to the conclusion that we would not be able to grow if we did not expand the range of legal specialities that we could competently cover. The purpose of this growth was not to generate more clientele, nor was it to earn more money, but simply to offer clients a comprehensive range of services that would enable them to resolve any kind of legal problem without having to look elsewhere. This task was achieved thanks to the dynamism and work ethic of the current corporate body, which managed to make that growth compatible with the crest of human responsibility and quality that it has always borne with distinction and that is the emblem of our group.
Montero|Aramburu remains one big family, and this is what gives both José Luis Montero and I the greatest sense of pride, because we can see within the group the mark that we wanted to leave, nothing more and nothing less.
Seville, March 2004 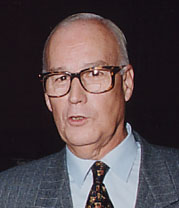 José Luis Montero Gómez (Salamanca, 1928 – Seville, 2000) graduated from the Universidad de Salamanca in 1949 with a degree in Law. He became a member of the Seville Bar Association in 1971.

He began his administrative career in Ceuta in 1951 as a civil servant at the Ministry of Finance by passing the exam to join the official body of technicians at the service of the Treasury.

After spending a year on his first assignment, in 1952 he was transferred to Las Palmas de Gran Canaria, where he prepared for and passed the exam to join the official body of certified tax inspectors (the equivalent of today’s federal tax inspector inspectors), joining the agency in 1954 and being assigned to the tax office in the city of Logroño. In 1955, he requested a transfer and obtained a position as a certified tax inspector at the Santa Cruz de Tenerife tax office. 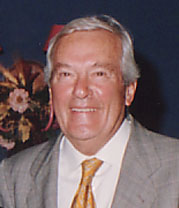 Armando Fernández-Arámburu León (Seville, 1926-2015) earned a Commercial Intendant degree from Seville’s Escuela de Comercio in 1945, and in 1955 sat for the exam to join the official body of intendants at the service of the Treasury (the equivalent of today’s federal tax inspector inspectors), also known as “liquidadores de utilidades” (utility liquidators), who are mainly responsible for corporate tax settlements. He obtained his first assignment as inspector in 1955 at the Santa Cruz de Tenerife tax office, where he met José Luis Montero and where the two spent eight years in their respective positions, until 1962 when Armando received his first assignment on the mainland, as a tax inspector in Cádiz.
A year later, in 1963, José Luis also left Santa Cruz de Tenerife for his fifth and final assignment, as an inspector for the tax office in Seville. Armando joined him at the same branch in 1966.
Together they worked for the Treasury for another five years until in 1971 José Luis and Armando requested a leave of absence to establish MONTERO|ARAMBURU ABOGADOS and start a new phase in their professional career, after serving as civil servants for 18 years.
Armando graduated from the Universidad de Seville with a degree in Law in 1971. He became a Chartered Accountant in 1976, and a member of the Seville Bar Association in 1972. He was named Honorary Chairman of the firm in 2004.