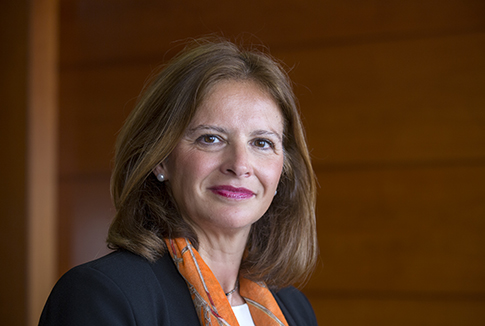 Degree in Law from the Complutense University of Madrid.

María began her career as a lawyer in 1992 at the law firm Estudio Legal Abogados, where she stayed as en employment lawyer until 1999.

From January 1999 until January 2001 she was an associate of the Employment Practice of the law firm Landwell (PWC).

Until September 2005, she was a senior associate of the Employment Practice of the firm Ernst & Young Abogados.

From 2005 until the end of May 2018 she was a partner of the Employment Practice of the firm Roca Junyent Abogados.

María specialises in Employment and Social Security Law, having extensive experience in advising national and international companies in employment and social security matters, including restructuring processes, negotiations with employee representatives and acting as defence lawyer of clients before the Labour Courts, the Audiencia Nacional, the High Courts, the Supreme Court and the Constitutional Court.

She also acts as intermediary with the Spanish Employment Inspection Authorities and provides advice regarding contractual matters, compensation and company benefits, stock option plans, employee manuals, due diligence and post-merger integration processes, among other matters.

She joined MONTERO ARAMBURU ABOGADOS as partner in charge of the Employment Law Practice of its Madrid office.

Professor of the Postgraduate Course “Employment Legal Practice” on the Masters in Legal Practice of the CEU Madrid, during the years 2001, 2002 and 2003.

Professor of the Postgraduate Course “Employment Litigation” on the Masters in Legal Consultancy of the CEU Madrid, since 2005.

Professor on the Masters for Admission to the Bar of the CEU, teaching the subject “Employment Litigation”, since 2013.

Professor of the Official Masters in Corporate Legal Practice of the Universidad Europea of Madrid, during the years 2007, 2008 and 2009, teaching Employment Law and Employment Litigation.

Professor of the Masters in International Legal Practice of the Instituto Superior de Derecho y Economía, from 2010 until 2013.

Professor of the Masters for Admission to the Bar of the Villanueva University, teaching the subject “Employment Litigation”, since 2015.

Speaker at various courses and seminars on matters relating to Employment and Social Security Law.

She is listed in the directories Best Lawyers, Legal 500 and Chambers Europe.