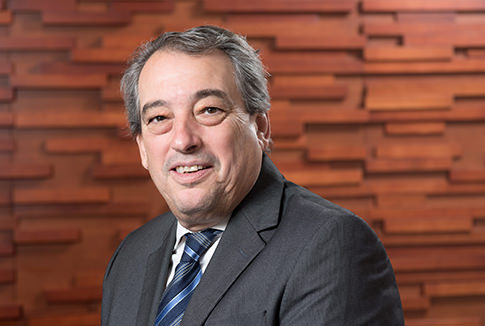 Degree in Law from the University of Seville.

Member of the Special Management Division of the Spanish Tax Authorities, specialising in tax management and assessment and ancillary audits (from 1984 to 1988, currently on extended leave of absence).

He specialises in estate planning and company mergers and acquisitions.

He also specialises in the Canary Islands tax system.

He has experience in transactions with listed securities.

He teaches regularly on the Masters in Corporate Legal Advice and Taxation run by the Fundación Mapfre Guanarteme.

He is a regular speaker at talks given by the Instituto de Fomento Empresarial (IFE).

He has been a speaker at various conferences on tax-related matters, including, in particular, the following:

– First forum on the Canary Islands Special Zone (ZEC): Legal and Tax Aspects, organised by the University of La Laguna and the Island Council of Tenerife.

– Course on the Canary Islands Special Zone at the Escuela de Negocios of Tenerife.

– Practical workshops on the Economic and Tax System of the Canary Islands.

– Workshops on Tax Reforms, organised by the Fundación Fyde/ CajaCanarias.

– Workshops given by the Chamber of Commerce of Tenerife and Las Palmas on the new Economic and Tax System of the Canary Islands.

He is the author of and has contributed to various specialist publications, including “El Impuesto de Sociedades” (“Corporation Tax”) (Aranzadi, 1996).