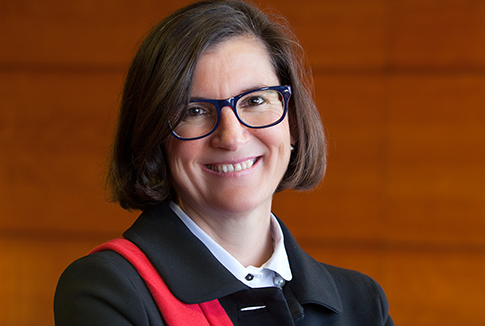 Degree in Law from the University of Seville (1975- 1982), specialising in Private Law.

She has been a practising lawyer since June 1988 and is a member of the Seville Bar Association.

She joined the law firm Bufete Baena Bocanegra in 1987, where she practised until 1993.

She was founding and managing partner of the law firm Bufete Molina Revuelta from 1993 until 2014, when she joined the firm Montero Aramburu.

She has been legal advisor to the University of Huelva since November 1993.

She is a partner of Montero Aramburu, jointly leading the Criminal Law Practice since January 2014.

During her 25 years as a practising lawyer she has acted as counsel, both for the prosecution and for the defence, to:

II. Private companies of all kinds and their officers, directors, managers and employees, etc.

III. Private individuals and professionals in all areas of law.

The main focus of her legal practice has been acting as counsel in criminal proceedings brought in relation to the following: